Is Paintball a Sport? (Quick Facts) 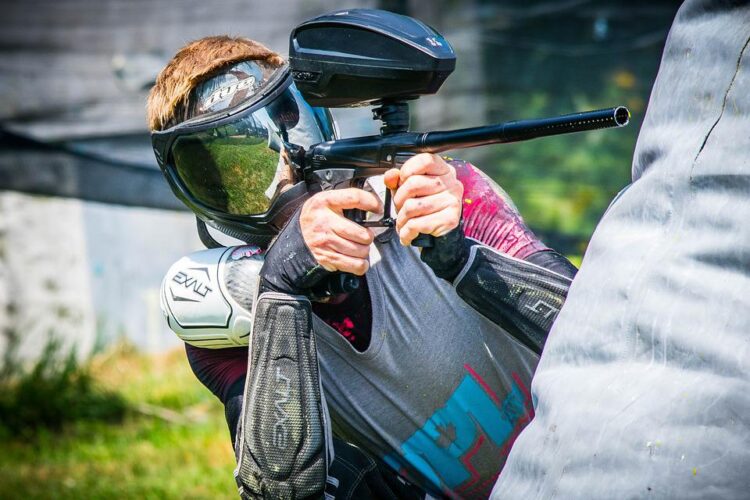 Paintball is a sport because it meets the definition of the term. A sport is physical activity that is governed by a set of rules or customs and is typically undertaken for recreation or competition. Paintball meets these criteria as players engage in a physical activity while trying to hit other players with paintballs, and they do so within the context of a set of rules that dictate how the game is played.

In this blog post, we will explore the arguments on both sides of the debate and come to a conclusion about whether or not paintball is a sport.

What is paintball and how does it work? Paint

Paintball is a game in which players compete to eliminate opponents by hitting them with paintballs. Paintballs are round gelatin capsules that are filled with non-toxic, water-soluble dye. When a paintball hits a player, the capsule breaks and the dye stains the clothing of the player. A player is eliminated from the game when they are hit by a paintball.

Paintball can be played indoors or outdoors. Most games are played on outdoor fields that are set up like miniature battlefields, with different obstacles and hiding places for players to use for cover. Some common indoor games include capture the flag and elimination.

The history of paintball:

Paintball was first played in the June 27, 1981, and has since become a popular sport around the world. Paintball is considered an extreme sport because it involves physical activity and strategy.

The game is often played by two teams, each trying to eliminate the other team’s members by shooting them with paintballs. The paintballs are fired from special guns that shoot at high speeds. Paintball games can be played indoors or outdoors.

There are many different types of paintball games that can be played. Some common examples include capture the flag, elimination, and last man standing. Paintball games can be very intense and exciting to watch. Many people enjoy playing paintball because it is a challenging sport that requires both physical and mental skills.

Is paintball a sport or not?

Yes Paintball is considered an extreme sport by many people. It requires physical strength, agility, and stamina. As well as mental focus and strategy. Like any sport, there is an element of chance and risk involved. Which is why insurance companies view it as a high-risk activity and charge higher rates for coverage.

Whether you consider paintball a sport or not is up to you. But there’s no denying that it takes skill, athleticism, and courage to compete. So the next time someone tells you paintball isn’t a real sport, just smile and say “I know.” Because in the end, that’s all that really matters.

The benefits of playing paintball:

Whether you’re looking for a new hobby, trying to relieve some stress, or just looking for a fun activity to do with friends, paintball may be the perfect thing for you. Paintball is an extreme sport that can be played both indoors and outdoors, making it perfect for any weather conditions. Not only is paintball a great way to have some fun, but it’s also a great way to get some exercise.

The risks associated with playing paintball:

Paintball players can suffer from minor to serious injuries, including bruises, welts, cuts, and scrapes. In rare cases, paintball players have even died from their injuries.

One of the most common paintball injuries is an eye injury. Paintballs can travel up to 300 feet per second, and if they hit a player in the eye, they can cause serious damage.

Because paintball is such an intense sport, players can easily become dehydrated. It’s important to drink plenty of fluids before and during a game to avoid becoming dehydrated.

Is paintball a hobby or sport?

It is seen as a sport because of the physical activity involved. Paintball requires split-second decisions and reactions. Players need to be able to think quickly on their feet and have quick reflexes. There is also a lot of running and crouching involved, which can be taxing on the body. For these reasons, paintball can be considered a sport.

On the other hand, others may see paintball as more of a hobby. This is because it can be played recreationally without too much intensity. It can also be played indoors or outdoors, making it accessible in all kinds of weather conditions. Paintball can be a fun way to spend time with friends or family members.

Is paintball a sport for kids?

Is paintball a Olympic sport?

While paintball is a popular sport with millions of participants around the world, it is not currently an Olympic sport. There are a number of reasons why paintball has not been included in the Olympics.

For one, paintball is a relatively new sport, having only been invented in the early 1980s. In contrast, many of the sports in the Olympics have been around for centuries. Furthermore, paintball is played by both men and women, whereas the Olympics are still segregated by gender.

Finally, paintball is not currently governed by a single international body, which makes it difficult to establish uniform rules and regulations. As a result, it is unlikely that paintball will be added to the Olympic Games in the near future.

Is paintball a professional sport?

Paintball is a sport that has been around for decades, and in recent years it has grown in popularity. Many people see paintball as a recreational activity, but there is also a professional side to the sport.

Professional paintball teams compete in tournaments for large cash prizes, and the sport is televised on ESPN and other channels.

In addition, many professional paintball players have sponsorship deals with companies that provide them with equipment and clothing. As the sport continues to grow, it is likely that more people will begin to see it as a serious profession.

Is paintball a dying sport?

No, paintball is not a dying sport. In fact, it is more popular than ever before. According to the Paintball Industry Report, the number of paintball players in the United States has increased from 3 million in 2010 to 4.5 million in 2018.

This growth is due in part to the increasing popularity of competitive paintball, which has been featured on ESPN and other television networks.

The report also found that the average age of paintball players is increasing, which suggests that the sport is attracting a more mature audience. With its mix of physical activity and strategy, paintball is a unique and exciting sport that is here to stay.

Is paintball a real sport?

It is a question that has been asked since the sport’s inception in the early 1980s. The answer is both simple and complicated. Simply put, yes, paintball is a sport. It is physical, it requires skill, and it pits two teams against each other in an attempt to achieve a goal.

However, some people argue that paintball is not a real sport because it does not have a governing body, like the Olympics, or because it is not widely recognized as a mainstream sport.

No, paintball is not a contact sport. Although players do shoot at each other with paint-filled pellets, there is no physical contact permitted in the game. This is one of the rules that helps to keep paintball safe; if players were allowed to physically rough each other up, the potential for injuries would be much higher.

Additionally, eliminating physical contact takes away some of the potential for intentional cheating; without being able to physically interfere with an opponent, it becomes much more difficult to deliberately impede their progress. As a result, banning physical contact makes paintball a fairer and safer game for everyone involved.

Is paintball classed as a sport?

Paintball is often considered an extreme sport, due to the high level of physical activity and contact involved. Paintball games typically involve running, ducking and diving as players attempt to avoid being hit by paintballs fired from opponents’ guns.

Paintball also requires a great deal of strategic thinking, as players must work together to capture the opposing team’s flag or eliminate all of their opponents. Paintball games can be played indoors or outdoors, making them accessible all year round.

Paintball is also relatively affordable, with equipment and entry fees generally costing less than other extreme sports such as skiing or rock climbing. For all of these reasons, paintball is considered a sport by many people.

Is paintball a Recognized sport?

Paintball has truly developed from a low profile hobby played by few to a highly recognized sport enjoyed by millions worldwide. Paintball is now one of the fastest growing sports, with new leagues and tournaments springing up each year. Paintball is also one of the most television friendly sports, with many events being broadcast on major networks.

But despite all this growth, there are still some who question whether paintball is truly a sport. However, when you consider the physical nature of the game and the skills required to be successful, it becomes clear that paintball is indeed a sport. Paintball requires athletes to be in excellent physical shape, as they need to be able to run, jump, and duck while carrying heavy equipment.

In addition, paintball players must have quick reflexes and sharp shooting skills in order to hit their opponents. So regardless of whether you call it a sport or a game, there’s no denying that paintball is an enjoyable activity that requires skill and athleticism. 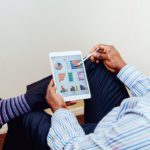 How To Cancel Geico Insurance? (We Tried It) 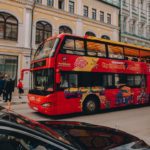 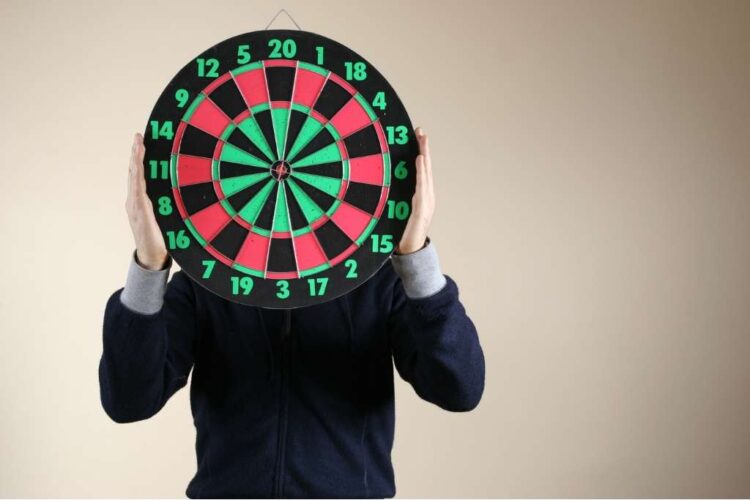 How to Hang a Dartboard Without Fixing it to a Wall?

There are a couple different ways that you can hang your dartboard without having to fix it to the wall…. 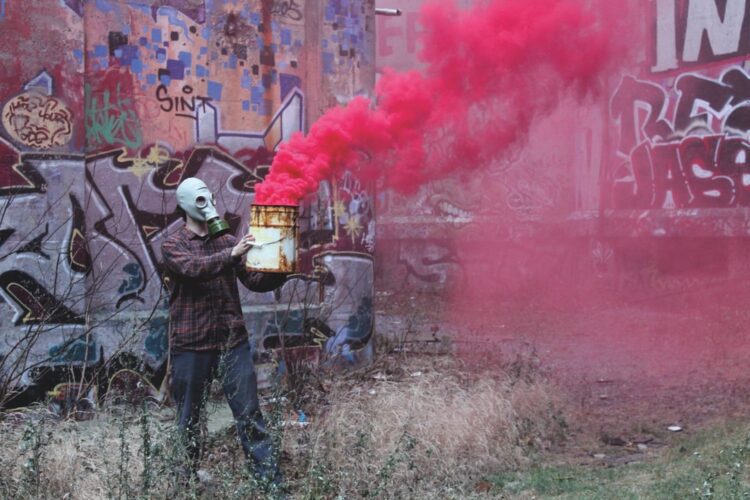 Is Paintball Washable? (We Tried It)

Many people are curious if paintball paint is washable. In this article, we will explore the answer to that question….